Nainital – What places to see – major attractions in 3 days? 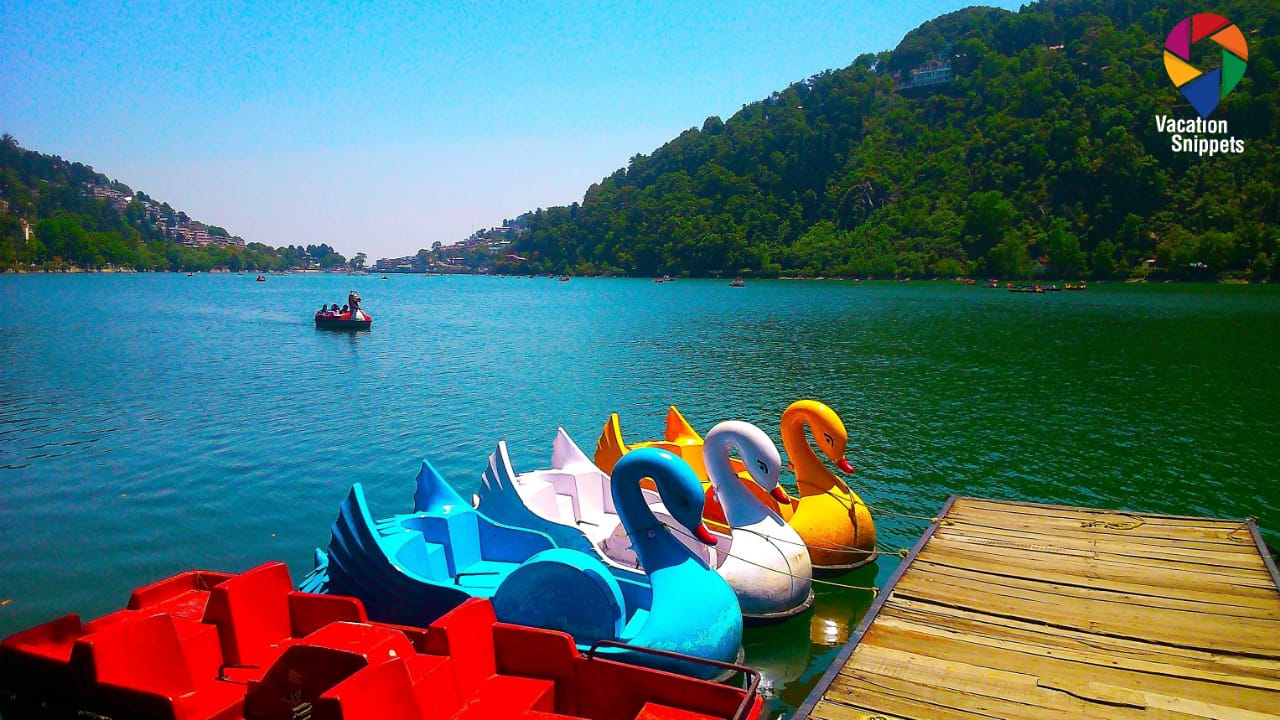 Nainital  –   This name throws a plethora of memories.  It holds a special place in my heart. Since I have visited Nainital more than 14 times, I thought writing a blog on Nainital attractions would be pretty easy, a cakewalk. Never had I thought that it would be the most difficult one as I’d have to jog my mind and assimilate all memories from my past travels. I have so much information in my head, so many anecdotes, so many feel-good moments that I got really lost while writing about Nainital. Let me commence from the beginning.

1990
It all starting in the 1990s, when my father was posted at Bareilly. With Bareilly being a sleepy town back then, it had close proximity to Nainital, hardly a 3.5 hrs drive. So, every friend, every relative, and every guest who came home was royally treated, by taking them on a one-day road trip to Nainital.

The day started early, around 6.30 am when we’d hop onto our new Premier Padmini and drive to this Lake-town. We’d reach by 10 am, park our car in the parking lot next to Capitol cinema, explore the town till 4 pm and then drive back home to Bareilly. The itinerary remained fixed… drive – park – boating – ropeway – video games – snacks and walk – drive back home. For four long years, from 1990 to 1994, we made around 14 trips to Nainital and if I remember correctly, we had an overnight stay at Nainital only on two occasions. In old days Nainital had little or no traffic, as very few people had the luxury of cameras and there was little commercialization. Life was slow back then without smartphones.

Once, we drove to Naina Peak and the view of this pear-shaped Naini Lake from there was mesmerizing. What I loved about Nainital was the vivaciousness of the place.. lively, vibrant, and often misty. I loved munching local burgers and chana-jor-garam sold at roadside stalls along the Lake, the video game parlors next to The Capitol Cinema, a long walk on Thandi Sadak, ice cream at Mall road and the subtle hustle bustle of town… these few things remained unchanged even today, they have really stood the test of time.

The Walker lane, named Thandi Sadak, still remains a bliss for people who loved walking and talking to themselves…promising themselves that one day, they’d retire in Nainital, in the lap of nature.   I remember, I felt so alive there, absorbing every drop of natural beauty offered on this road. Simple pleasures of life. This road reminds me of a similar path in Mussoorie, The Camel Back Road. This is quieter and greener though. My last visit to Nainital as a teenager was in 1994.

2015
Since 1994, for two decades, I just heard about Nainital growing from a sleepy town to the Numero Uno destination of Kumaon. A title, which it has earned and deserves.

During the summers of 2015, we started early from Gurgaon and took the highway to Moradabad. Just before entering Rampur, there was a turn on the left which took us to Suar – Bazpur and finally to Kaladhungi. A 5 km stretch just before entering Bazpur was in shambles, it was in such a dreadful state that my WagonR was completely swallowed by craters (it would be foolish to call them potholes).

From Kaladhungi onwards, as the climb to Nainital begins, the air got cleaner and cooler. Just before reaching Nainital, there is a tiny place called Khurpatal which offered a magnificent view of the valley and Khurpatal lake. When we entered Nainital time showed 12.30 hrs. As we had entered Nainital from Mallitaal’s side, chaos began. There was a huge traffic jam right from Eco Cave Gardens till the turn to Manu Maharani Hotel. After jostling and struggling for space on road for the next 30 mins, we reached our abode for the next 2 days… Vikram Vintage Inn

After a brief rest, we were ready to explore Nainital attractions. We did all touristy things  – did a boat ride in ubiquitous Naini Lake followed by a stroll along the Lake, visited Naina Devi temple, window shopping at Tibetian market, took the ropeway to Snow Viewpoint, but neither there was snow, nor a view. There was a tiny amusement park at the top for kids with the major attraction being striking cars. In conclusion, our major part of two days trip we did things which tourists do. I got rattled, but my kid and wife were enjoying these tidbits.

Next day, we had planned to drive to Naina Peak to have a birds-eye view of Pear-shaped Naini Lake. It was an easy drive with nightmarish traffic. Numerous vehicles were parked haphazardly along the stretch on both sides leaving a narrow passage to drive on. We found parking about 500 m away from the spot and then had to wait for good 10 mins to click pics with a backdrop of Naini Lake. After 10 mins and one bottle of bisleri, we reached back to the car.

Instead of coming back to Nainital, we decided to drive uphill towards Pangot. As the traffic got thinner and the views got stunning. After driving for about 40 mins, we stopped and decided to stroll along the road. On our left was Kampland Resort which seemed deserted.

There was a swing in the garden and a small makeshift kitchen. We walked and reached the garden. The owner welcomed us and offered tea, which we didn’t resist. The view of the valley from this resort were stunning. It was lavishly green which enhanced beauty of this resort.

After spending around an hour at this lonely place, we decided to drive back to civilization and cover Eco cave garden. It has six small caves and its worth your 30-60 mins of time. A wow place for kids but as an adult it may bore you since it offers nothing new… it is well lit and well maintained. Reechgarh near Pachmarhi, Madhya Pradesh offers better view of caves.

We were back to hotel by 19.00 hrs. Live music started by 19.30 hrs which was amazing, totally captivating. This clubbed with delicious dinner refreshed us. It despite being a summer night , the breeze was cooler, music was lively & kebabs were hot and tasty.

The next morning at around 09.00 hrs, we drove to cover all surrounding lakes – Sattal, Nakuchiatal and Bhimtal.  We stopped at all the places where our curious mind struck a chord with the natural beauty all around. Bhimtal lake is bigger than Nainital Lake but the aura around Naini Lake is unparalleled. I forgot to mention, the traffic around Naini Lake too, remains unmatchable.

KMVN, Bhimtal:
We stayed here during our trip to Munsiyari in 2018. Have a look at my review on this Rest House.

The next morning, we were ready to bid adieu to Nainital but my kid wanted another boat ride. So,we again went back to the lake early in the morning, clicked numerous pics, enjoyed the boat ride, played a few video games and after a sumptuous breakfast headed back to Gurgaon.

As we descended, the air got warmer and by the time we reached Kaladhungi AC was on in full blast. Remembering the nostalgic old trips to Nainital, I drove back slowly to my mundane life.

The best memory I created on this trip was sipping a hot cup of tea and staring endlessly at the lake, remembering my childhood times. So many years have passed but the charm of Nainital attractions still warms my heart.