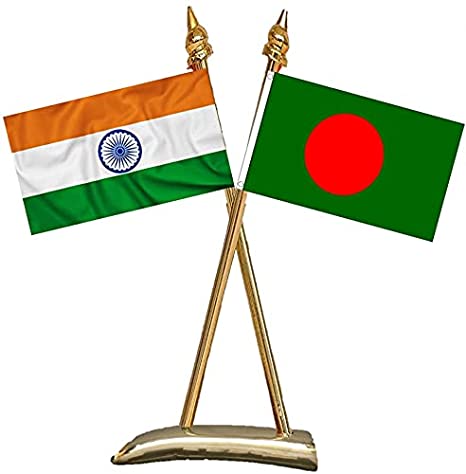 Bangladesh – Birth of a Nation

Bangladesh’s Liberation War will celebrate its Golden Jubilee in 2021. Bangladesh’s independence in 1971 not only liberated the country from the clutches of tyrannical West Pakistan but also altered the history and geopolitical landscape of South Asia.

Trending
You are the way you park your car

On March 25th, 1971, the Pakistani army launched a ruthless armed operation to quell the movement of freedom-loving Bengalis against the autocratic rule of Pakistan’s leaders. The military dubbed it “Operation Searchlight.” The primary objective of this operation was to arrest or kill prominent Awami League leaders, student activists, and Bengali intellectuals in the major cities of then-East Pakistan, including Dhaka.

The Pakistani army targeted adolescent men who were especially likely to join the resistance. The next day, the bodies of young men would be discovered in fields, floating down rivers, or near army camps. It was a genocide.

Before Operation Searchlight began, the worsening situation in Bangladesh compelled Western media to flee the country prior to the March 25th operation. The exact number of casualties during Operation Searchlight is unknown, but according to journals, lakhs of civilians were slaughtered during Bangladesh’s independence struggle.

The 1971 Bangladesh War was India’s strategic and military triumph. The nation worked together to achieve this goal. Although the political and military hierarchy deserves the majority of the credit, the decisive victory would not have been possible without the craftsmanship and sheer determination of the commanding officers.

Bangladesh’s monsoon season lasts from June to mid-October. Thus, military campaigning could take place from April to May. It was theoretically possible, provided India made all necessary political, diplomatic, and military preparations and moulded the world opinion in India’s favor. However, this was unrealistic considering such a short duration window.

The military had to plan for a three-front war involving West and East Pakistan, Developed powers, and China. Furthermore, relocation of troops, India’s harvest transportation during April-May, and ammunition insufficiency had to be accounted for. As a result, early intervention was an emotion devoid of reality. Both the government and the military were fully aware of this. Thus, India ruled out a Military summer campaign due to these factors.

During this summer and monsoon period, India built roads and bridges along the border, stocked up ammunition, medical supplies & ration, attempted to persuade world diplomatic opinion in its favor, formed the Indo-Soviet Treaty with Russia, trained Mukti Joddha warriors, and patiently waited for the snow to fall on high altitude passes to restrict China.

A December in Dhaka

On December 3rd, 1971, when Pakistan finally launched its attack on Indian forward airbases on the western front, the Indians were fully prepared. They strategically placed the Early warning radars, and aircraft were dispersed and camouflaged. Pakistan began the war that India had been preparing to fight for a long time with these attacks across India’s western borders.

By the end of November 1971, India had completed its diplomatic and military preparations for a brief and decisive military campaign. Pakistan’s war provided India with the justification it needed to grant state recognition to the People’s Republic of Bangladesh.

The surrender of over 93,000 Pakistani troops to Indian Armed Forces was the largest since World War II. The ultimate recognition for India’s role in forming a new nation is that Bangladesh is now a relatively prosperous country. It has progressed steadily from the category of a Least Developed Country to that of a Developing Nation.

Bangladesh’s formation from the ashes of East Pakistan is arguably India’s most significant foreign policy and military triumph to date.