The fascinating Golden sand beaches of Diu, a lovely experience 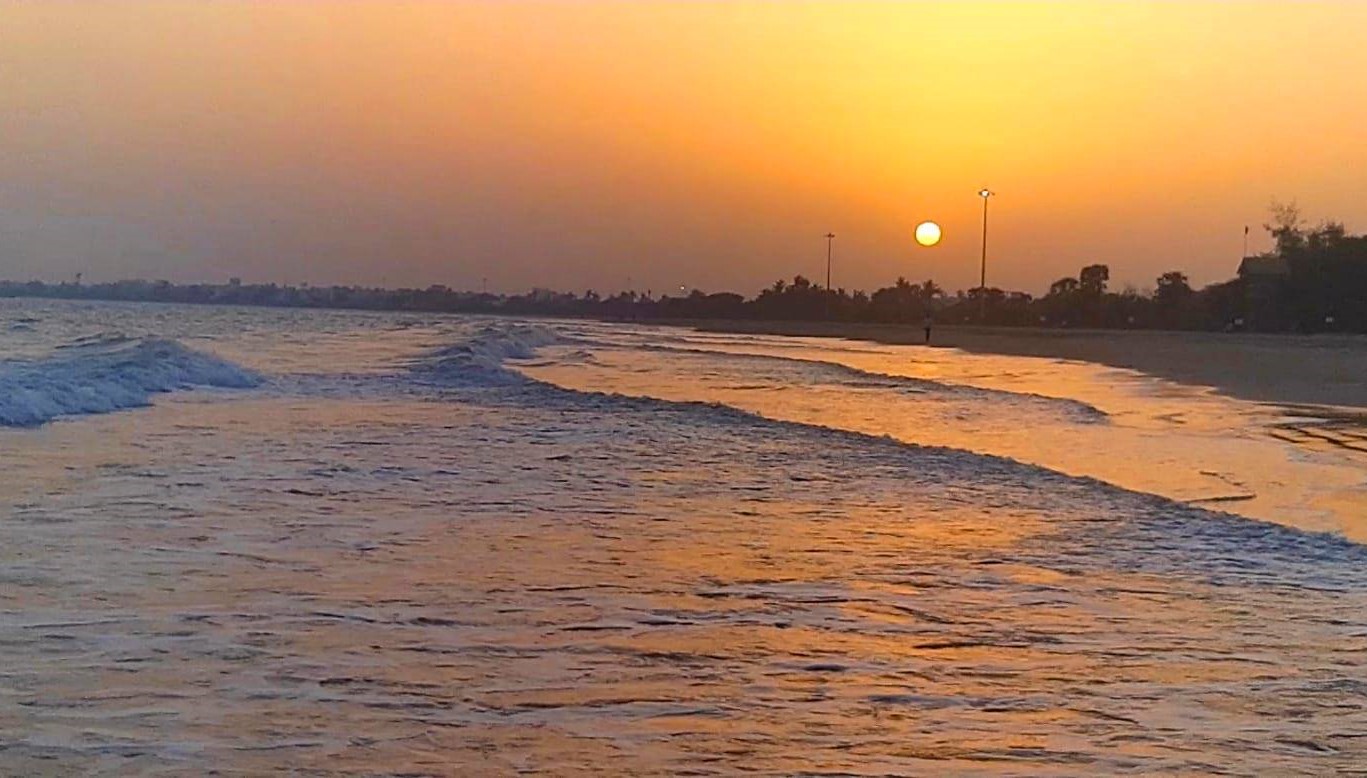 After two years of dealing with this pandemic, I decided to take a long road trip from Vadodara, Gujarat, to DIU. As it was a much-needed trip, I decided to visit every stop on the way to DIU. I had planned the trip with a close friend for the 26th of January, but the excitement and appeal of Diu compelled me to leave Vadodara on 22nd itself. It was my first long drive by car. We left at around 4 pm and decided to first visit Sarangpur temple, which is situated in Botad district of Gujarat.

Sarangpur is well-known for its temple dedicated to Lord Kasht Bhanjan Hanuman. It is well known for driving evil spirits from those who are afflicted. We arrived in 4 hours from Vadodara. The temple is large and open. Along with the Hanuman temple, there is also the Swami Narayan temple. Visitors receive free delectable food in the temple dining hall. The temple also provides easy accommodation in the dharmshala, which is located near the temple’s gate. People can stay here overnight for meager prices if they wish. We arrived at the temple around 9 pm, visited the temple, and ate dinner at the temple canteen.

We booked a dharmshala room for Rs 600 after a delicious dinner at the temple. The next morning, we went to Mangla aarti at 6 am. It was a little crowded because most people came for the special aarti on Saturday. After darshan, we had breakfast and then drove to our next destination, Junagadh.

We drove for four hours to get to Junagadh. By the time we arrived, we were starving. We hastily looked for a restaurant and gorged ourselves on a Gujarati thali for lunch. Following that, we proceeded to Girnar temple to digest the scrumptious meal. There are around 9999 steps from the start to the top of Girnar temple at the midway, at approximately 3500 steps, there is a Jain temple, then at about 4200 steps, there is a GAU-MUKHI temple. A few steps further, there is Ambaji temple at almost 5200 steps. Finally, at the top of Girnar, Lord Dattatreya temple is located. The view from the top was worth the arduous climb. Truly breathtaking with our panting breaths.

Coming down the hill was an equally uphill task. Looking over the 9999 steps, we decided to take UDAN KHATOLA, a ropeway ride to Ambaji temple. We passed a group of elderly people chanting “Jai Mata Ji” as we descended… This pumped us up and motivated us to finish the long trek. Indeed, India runs on faith. It was an exhilarating experience.

Our next stop was Uperkot fort, and Mahabat Maqbara. It was closed since last year as the renovation was going on. Though disappointed, half-heartedly, we reached our next destination, the Willingdon dam. I took some stunning photos here before heading back to the hotel. It was a tiring but eventful day. The following day, after breakfast at TEA POST, we left for the SOMNATH temple. The road was well tarred and pothole-free. We arrived at Somnath within 2hrs.

Somnath exudes a soothing aura. The roaring sea in the background has a much-needed deepening effect on the psyche. The temple is massive and beautifully carved in red stones. It is the first of the twelve jyotirlingas. I felt like I was walking back in time as we entered Somnath. Discovering my country’s rich history filled me with a sense of pride. It was an enthralling experience.

Me time along the Sea side

We rented a bicycle and rode it along the walkway/cycle path behind the temple. The sea acknowledged us with its roaring waves. The sea breeze caressed us gently as it gushed past us. We, just like a breeze, were not in a hurry. I noticed the horizon far away. I could see both my past and future intertwined, standing at the seashore. It was a surreal feeling. Occasionally, the waves soaked my feet before returning to their den, the sea. I could have sat there all day, but time is always the enemy when you’re on vacation.

Finally, we landed at our last destination, ‘DIU.’

DIU is 78 kilometers from Somnath, but it took us 2.5 hours to get there due to road construction. It was a frantic drive. We arrived at DIU by 8:30 pm and booked a room at the APAAR Hotel on Fort Road.

The hotel room was clean and comfortable. DIU was beautifully decorated for the 26th of January celebration with tri-colour flowers and a flag theme.

On the 25th of January, we first visited Gangeshwar Mahadev Temple. There are 5 Shivlings in this temple. It is situated at the waterfront where the Pandavas erected these Shivlings many years ago. It is actually a cave temple located on the seashore among the rocks. These Shivlings are submerged in the sea twice a day during high tides.

We came across a small Shiva statue on the seashore on our way to the Saint Paul church from the Gangeshwar temple…it was an eye-catching sight. So I pulled over to the side of the road and took some photos. Next, we went to Saint Paul’s Church, where we followed the candle-lighting ritual and took some great photos.

Now it was the time for some water sports, so we headed to NAGOA beach for water activities… like jet skiing, parasailing, banana rides, Disco boat rides. It was a scintillating adventure experience of a lifetime…we had a great time and made some everlasting memories.

Diu Fort is a stunning fort on the seashore. As a result of its colonial rule, Diu fort is one of the few places in India where Portuguese influence can still be seen. It was built in 1535 AD to protect the empire from the Mughals. It was primarily the Portuguese capital, which later merged with the Republic of India.

The Fort of Diu has three gates. The Fort is easily visible from one of the entrance gates, named Pathankot. Many canons and iron shells have been preserved and are a popular attraction for visitors. The fascinating sound of waves crashing against the Fort, combined with the strong wind, creates a relaxing atmosphere. The Fort has no admission fee.

Naida caves are located between Diu Fort and the Jalandhar beach. It is the perfect example of a natural wonder, close to the manmade marvel of Diu fort. We clicked a lot of pictures here. It is a famous destination among visitors due to its creepy vibes, picture-perfect backdrop, and dewy petrichor.

Ghoghla Beach: It is among the blue flag beaches of India. The Blue Flag tag, also known as Blue Flag certification, is one of the most well-known voluntary eco-labels in the world. This certification for Environmental Education, or FEE, is given by the Denmark-based non-profit Foundation.

Ghoghla beach is the cleanest and largest beach situated at the entry of Diu. It is covered with golden sand and has a small gymnasium & children park developed by Govt. Of India. It is well-known for its gentle waves and expansive walkway. One can also do water sports activities here. Water sports are also available here. There is also a bio-toilet, a changing room, and shower panel facilities.

The blue water and pounding surf provide a stress-relieving experience. We felt like we were in heaven at the beach. We spent over 4 hours at the beach in the evening. It is a perfect place to watch the sunset. I saw a dolphin while jet skiing on Ghoghla beach. It was an incredible and exhilarating experience. I personally enjoyed Ghoghla beach the most.

The best time to visit Diu is from the beginning of winter, from November to February. Since it’s not crowded, DIU is the best place to visit during this pandemic. This was the best trip I’d ever taken.

What is your plan?

Written By: RAVINA SONI, for VacationSnippets